For example: while I live in Canada, my birth family lives in the UK, and while I was visiting them last year my sister and I got to take a trip to Rome for a few days. It was a great trip (we stayed in a rented apartment, in case you were wondering, but not rented through Airbnb), and one of our favourite parts of it was spending an afternoon in the Trastevere district. While Trastevere doesn’t have the big sights, it has many cobbled streets, charming restaurants, a beautiful square, and one of the oldest cathedrals in the city. It’s a more artisan, bohemian atmosphere than some of the other areas of the city, and that’s part of its appeal.

So like many other visitors we loved Trastevere, and like other tourists we brought money with us, and spent some of it there, so in a way our visit was good for the city too. But of course our presence is a mixed blessing: too much tourism can erode the very things that make Trastevere so atmospheric and special — especially when those things are the “authentic” life of the locals — raising the cost of living, and putting pressure on property prices. In the end, as tourists you have to hope that the city of Rome and the neighbourhood itself find ways to balance the various pressures acting on the place where they live.

Not surprisingly, Trastevere does have conflicts over gentrification and the impact of tourism. Here‘s a story from last September. In 1956 a cinema opened in Trastevere called Cinema America, and it was a feature of the area until it closed, sometime around 2000. In 2004 it was bought by a new set of owners who literally wanted to pave it and put up a parking lot, along with some apartments. There was local opposition to the plan, and stalemate until in November 2012 a group of young people occupied the cinema. By all accounts, they turned it into a focal point for the community and also attracted some big names of Italian cinema and the arts. In September 2014 the occupiers were evicted by the police, but they have apparently set up elsewhere in the neighbourhood and the campaign continues.

What does all this have to do with Airbnb? Well, this…

Here’s a map of the 8,000 Airbnb rentals in Rome as of last May, coloured by price (red is the most expensive, then yellow, green, blue and violet). You can see that the rentals are most dense and most expensive in the middle of the city. 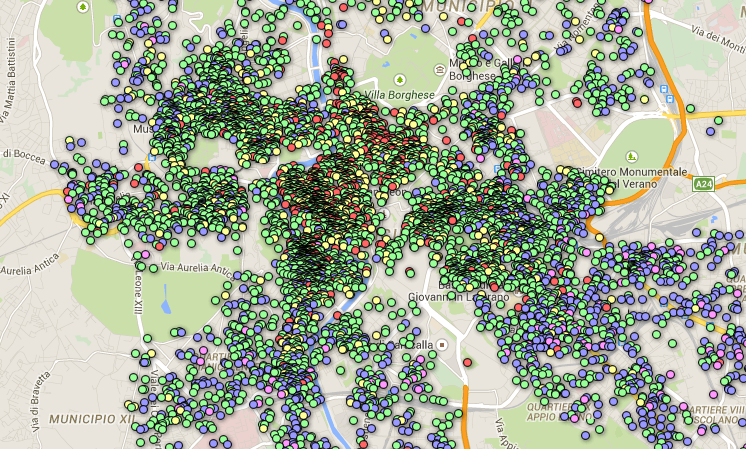 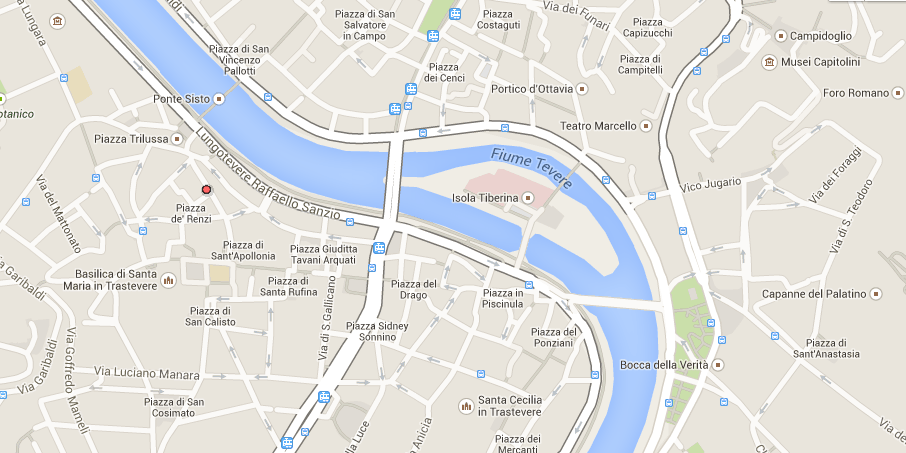 If you look just south of this place, you can see “Basilica di Santa Maria in Trastevere”. This listing is, you will not be surprised to know, right in Trastevere. So what kind of a place is it? Well, here is what it’s listing page looks like today (January 2015).

It’s a beautiful looking place, no doubt — although not exactly cheap at $700 Canadian per night. The listing text says that it has been “Selected by the airbnb staff who stayed and filmed here for the upcoming airbnb hosting in Rome video” so its charms have been noticed by the company too.

Airbnb, of course, says that its host “are regular people who occasionally rent out their homes and use the income they earn to pay the bills.” So who is the host for this particularly successful rental?

Well, it turns out that Martin is not so much a regular Trastevere resident. In fact, he is a Harvard-educated tech entrepreneur from Austin Texas who is “rent[ing] out the places I bought with the proceeds from my last software company.” He is now CEO of Vreasy, a “novel software platform” which is “a growing force in the tourism and travel market.” 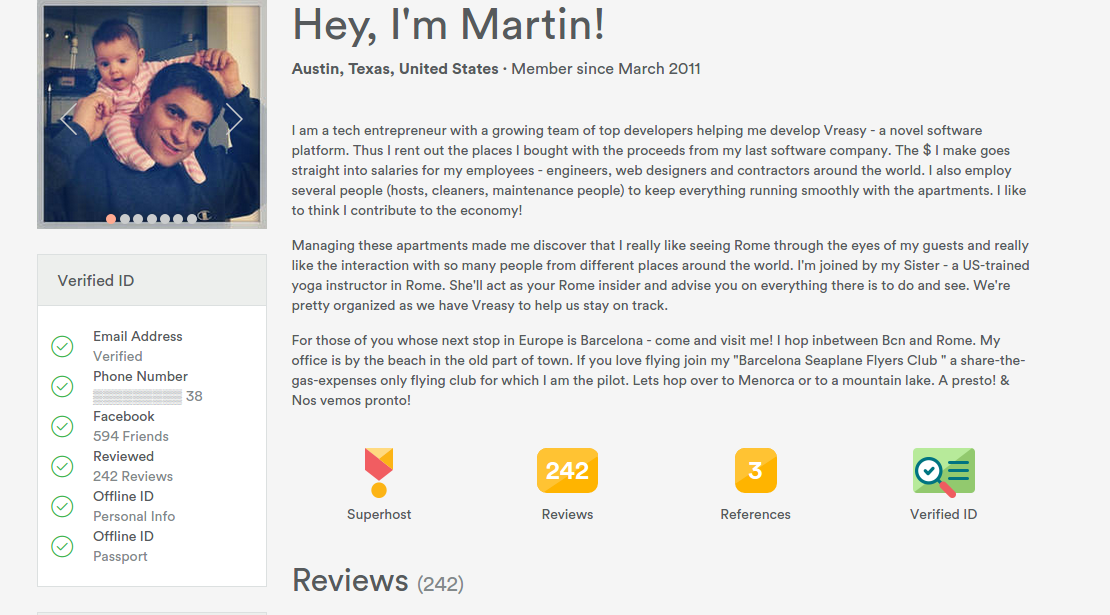 Martin is listed as an Airbnb “superhost”. In addition to the Historic Nobleman’s Loft he has four other listings on the site – one more in Rome (an “Ultimate Panoramic Roman Penthouse”), two in Barcelona, and one “Seaplane cabin” that he will fly to any legal European lake so that you can use it as a hotel.