A bad-tempered post, for reasons that will become apparent. The interesting bit is the map near the end.

So today Airbnb came out with a report to study the company’s economic impact in San Francisco. Or rather, as per usual, they didn’t: they talk about a report but don’t actually show it, which is par for the course with them. One has to wonder why.

So in their blog post here is what they say, and here are a few other questions they should answer and observations. I do hope people interested will talk to others who track what effect Airbnb has in their city, such as Share Better San Francisco.

Response: What is  “contributed”? Does this mean “what visitors paid in rent”? or “what visitors spent while visiting” (and if so, how do they estimate it). Does “the Hilton Hotels community” contribute the total hotel income it makes from hotel rentals? They really should say what they mean.

Airbnb Claim: The average Airbnb host earns $13,000 per year hosting – money they use to pay the bills and stay in San Francisco, and shop at businesses like yours.

Response: They say the “average” Airbnb host, so I’m guessing this is the mean income, not the median. The mean will be more than most hosts earn, so the number is higher (better) than if they chose the median. (And if this is not what they are doing, why don’t they say?)

Response: supports? what does “supports” mean?

Airbnb Claim: 72% of Airbnb properties are outside of traditional hotel districts, in neighborhoods that haven’t benefited from tourism in the past.

Response: This is what they always say to show how diverse they are. But looked at another way, my estimates show that over half of the total visits happen in just a few central San Francisco neighbourhoods (which have definitely ‘benefited from tourism in the past’, as shown here. Not quite as diverse as they claim. 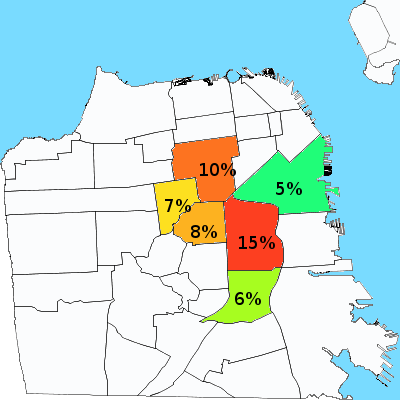 Airbnb Claim: The typical Airbnb property is booked about 6.5 nights per month, underscoring the point that these are people who are simply sharing space in the home in which they live.

Response: Note that they say “typical”, presumably meaning “median”, which will be lower than the “average”, so thay can emphasize the occasional nature of their hosts. It’s a slanted picture. Or, again, if it isn’t, why don’t they say so?

They could also point out that over 2/3 of their income comes from people renting out whole homes: 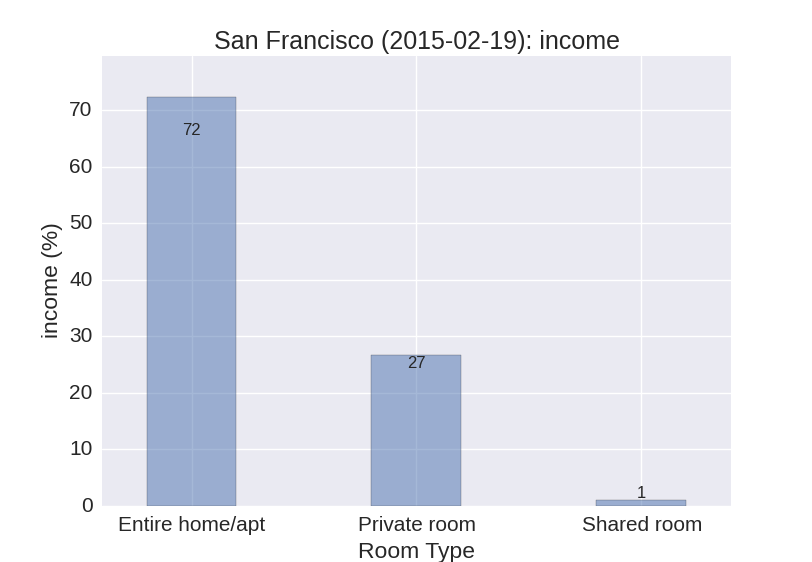 or that over a third of their business comes from people with multiple listings. 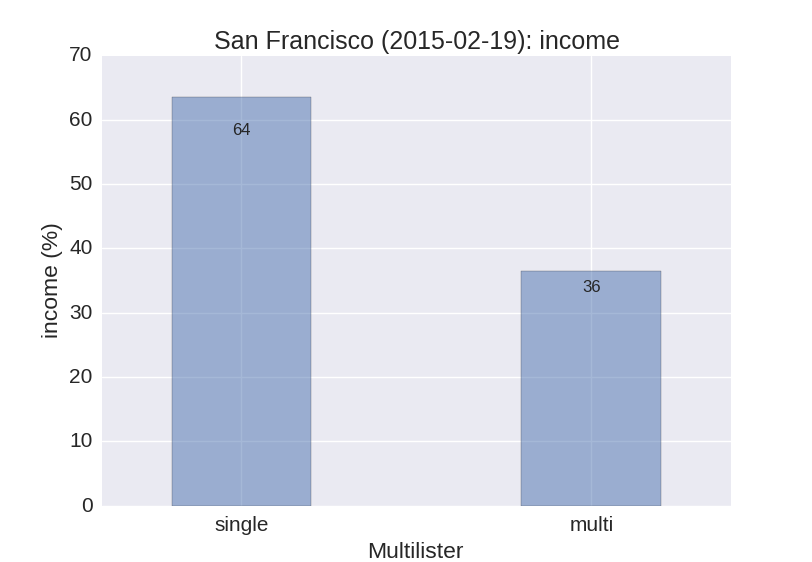 But of course they don’t.